This fantastic programme was sent to me by Geoff Wall. It is from the Championship winning season of 1947-48, played over the Christmas period.

East Tanfield Colliery Welfare were in the Northern League for one single season. They finished 11th. This match at Darlington Road ended in a tight fought 3-2 win for the Athletic. The return leg at East Tanfield was a very entertaining affair, with Ferryhill winning 7-4.

East Tanfield were ejected from the Northern League in rather controversial circumstances the following season. They applied for full membership, but Penrith were elected in their place. 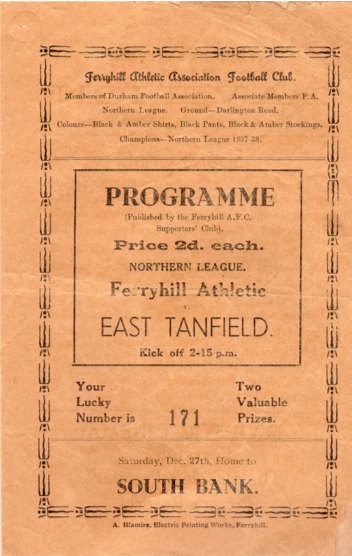 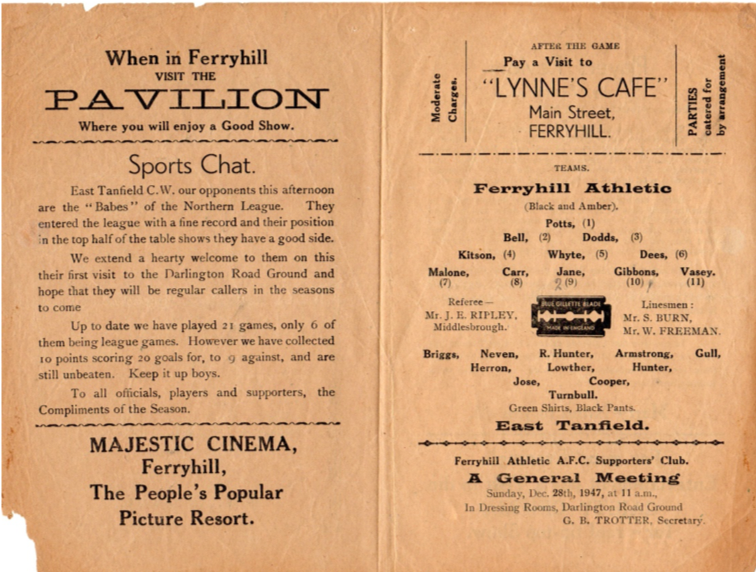 1 thought on “The Only Season For East Tanfield CW”