Ferryhill Athletic football club is set to open its doors to the new Athletics sports bar on Saturday ( 05/03/22 ) Doors open at 5:30pm with a sky sports football match on and then at 7:00pm onwards there will be a live band on upstairs in the concert hall. Great to see the old club … Read more 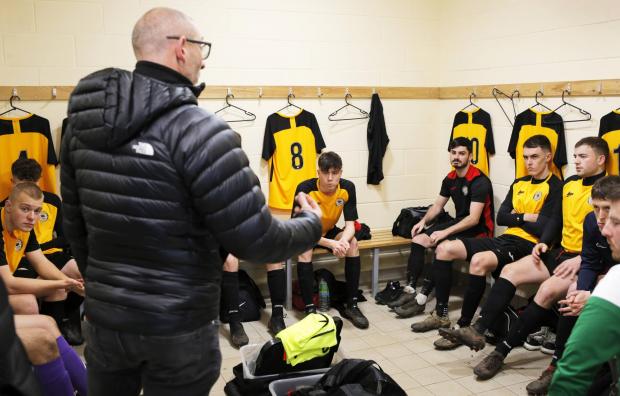 By Rachel Connor-Hill for The Northern Echo The name and colours of a historic County Durham football team which holds the record for the biggest post war FA Cup victory are back in action for the first time since the 1990s. The team, which played Wheatley Hill on Saturday in their first match using the … Read more 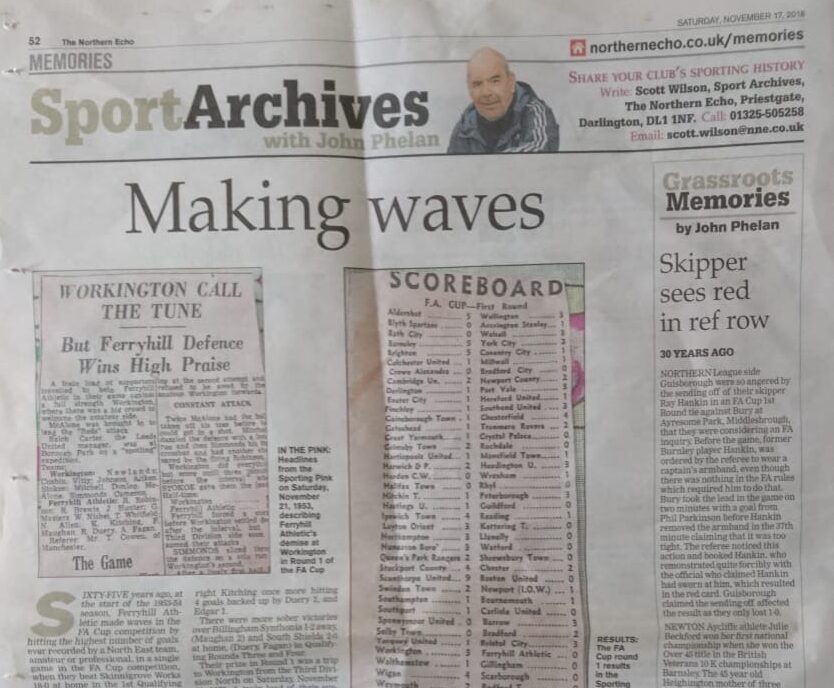 This fantastic programme was sent to me by Geoff Wall. It is from the Championship winning season of 1947-48, played over the Christmas period. East Tanfield Colliery Welfare were in the Northern League for one single season. They finished 11th. This match at Darlington Road ended in a tight fought 3-2 win for the Athletic. … Read more

Ferryhill Athletic v Shildon August 27th 1955 by Peter Sixsmith The place where I worked for most of my life against the place I have lived most of my life – so I had to include this one. This was an early season game, Ferryhill’s first at home, in what was to be an average … Read more

Paul Robinson messaged me from California recently to tell me about the Ferryhill Fanzine – ‘The Hill’. Paul tells me that Ferryhill were the first North East non-league team to have a fanzine, he thinks it ran for two years or so, from 1992-1994 (approximately). Paul says he was involved, but stopped doing it when … Read more

Ever since I was a kid, I’ve had a soft spot for Ferryhill Athletic. I was only 7 years old when I moved to Ferryhill with my family, but quickly took to the team. I remember going with my dad to see Ferryhill play in the Durham Challenge Cup Final at Darlington’s Feethams ground in … Read more